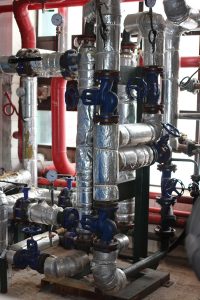 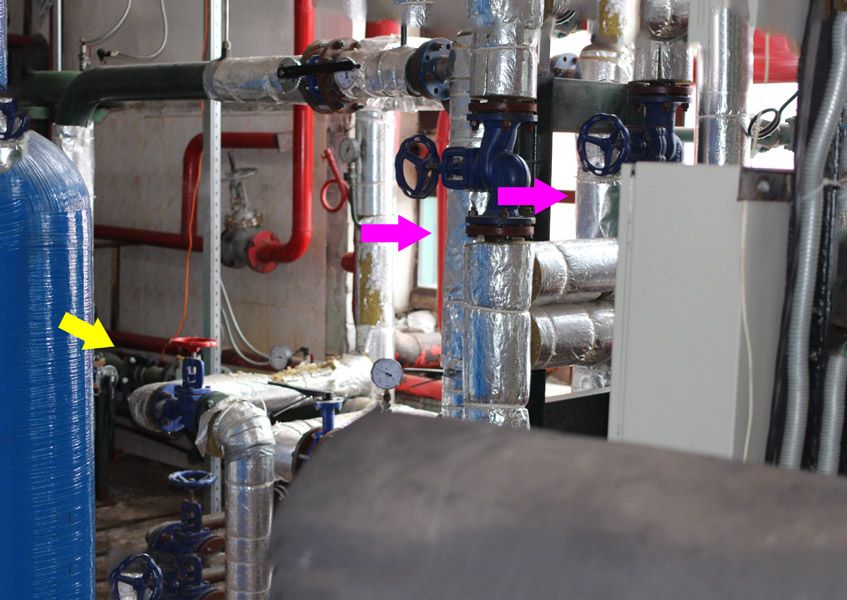 At the left – WS-132 water conditioner. At the right – heating heat-exchangers (under insulation).

Text of the case study (translation from Russian):

Trial operation of water conditioners was conducted on behalf and under the supervision of the Technical Department of the Central heat and water-supply directorate of JSC “Russian Railways”.

About the work of WS water conditioners 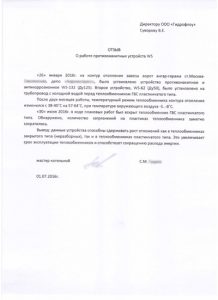 January 26, 2016 WS-132 (DN125) water conditioner was installed to the hangar-garage gates heating circuit of Moscow -… station, … depot. A second device, WS-62 (DN50) was installed on the pipeline with the cold water before the hot water plate type heat-exchanger.

June 30, 2016 during the scheduled works the hot water plate type heat-exchangers were opened. Discovered, the amount of deposits on the plates was considerably reduced in compare with the previous year.

Prepared a report according to the results of WS water conditioners trial operation. See the fragments of the report below.

Due to the gates heating heat-exchanger is non-separable it is not easy to check visually the lime-scale and deposits volume in the pipes of the heat-exchanger.

There are temperature sensors, pressure sensors, and in the supply and “reverse” pipes (before and after) of the heat-exchangers. The readings of these sensors, as well as the temperature of the ambient air, are recorded in the log book every 2 hours.

Taking into account available data, we assume that the company operates around the clock, rhythmically, clearly on schedule. Therefore, the load on the heating circuit of the gate of the hangar-garage also has some steady rhythm.

Let’s plot charts of the dependence of the temperature at the outlet of the heat-exchangers, at the same time, and at the same ambient air temperature. Due to the large number of charts (more than 50, i.e. 12 by time and 4-5 by temperature), the graphs will be merged by time. The obtained charts are presented in section 6.

Examples of the charts: 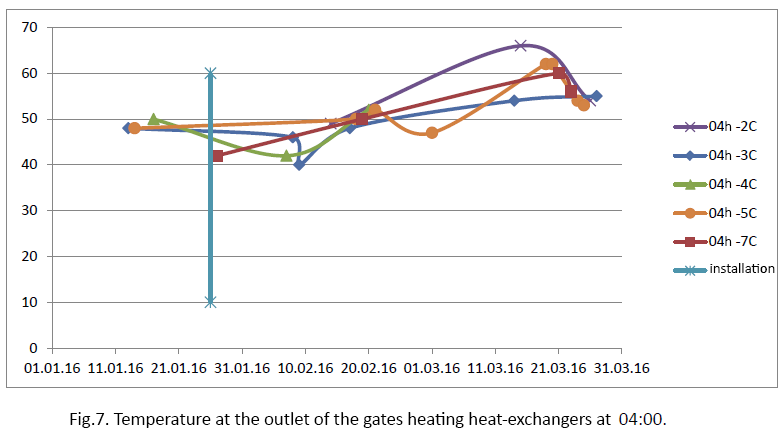 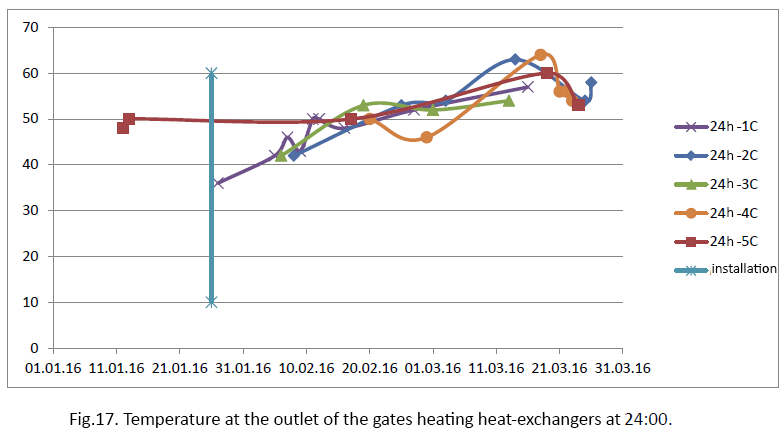 June 30, 2016 during the scheduled works the hot water plate type heat-exchangers were opened. Discovered, the amount of deposits on the plates was considerably reduced in compare with the previous year. 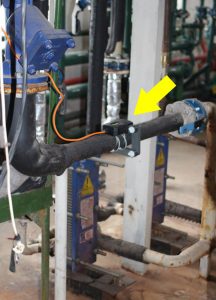 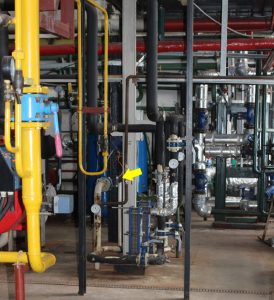